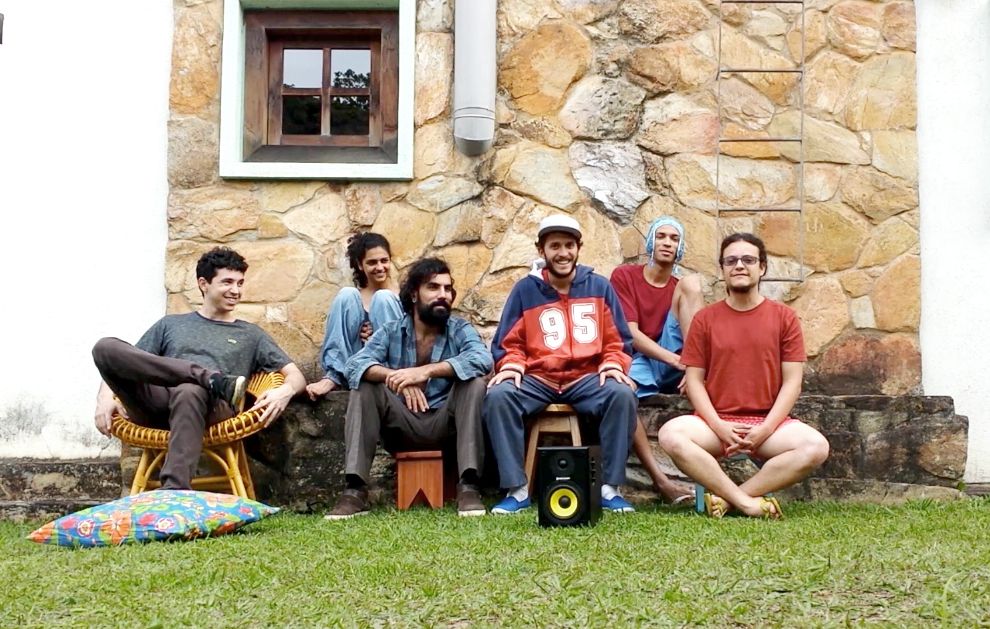 “My favourite band from the new generation of Brazil” Gilles Peterson

“Like listening to all the channels on television at once if they were playing great music….brilliant” Cerys Matthews (BBC 6Music)

Graveola’s third album Camaleão Borboleta is a musical pick-me-up with hope at the centre of the message, fired with socially conscious lyrics concerning the power of the internet, native Brazilian-Indian struggles and issues around marijuana legalisation.

Oddball arrangements recall Os Mutantes in their prime with naïve melodies, a hazy sensibility and Brazilian folk rhythms giving their music a distinctly Brazilian take on indie that ranks them as torchbearers of the new alt-tropical movement in South America, alongside acts such like Colombia’s Meridian Brothers and Argentina’s Juana Molina. 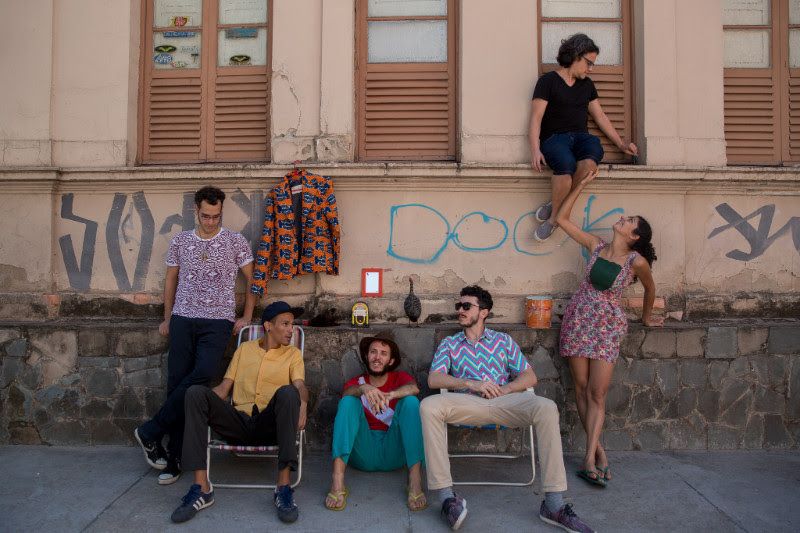 Since their formation in 2004 the band have built a reputation as fiercely independent cultural agitators and music makers who use their music to benefit their local community. They chose to launch previous album ‘Eu preciso…’ not in a prestigious music venue, but with a free concert in the suburbs of their hometown Belo Horizonte to raise awareness about Dandara, a settlement threatened (and eventually saved) with bulldozing (http://bit.ly/25tQJVb). All members of the band have been heavily involved in recent ‘occupations’ of government buildings against what they consider a coup in Brazil: “we attend these events out of necessity,” offers Luiz, “it is important for the band to be involved and to feel we are contributing”.

Their early material combined kitsch pop with Brazilian classics played with toy instruments and lyrics focusing on social issues. There is no lead singer or focal band member in Graveola, rather they bind through a collective of like-minded co-conspirators. Over the course of 2005-2006 their numbers increased to a sextet. By 2008 they were ready to record their debut self-titled album, Graveola e o Lixo Polifônico. Eagerly welcomed by the Brazilian music press, the band performed many shows around Brazil. Album Eu preciso um liquidifacdor (I need a food processer) followed as their debut international release on Mais Um Discos in 2013 and Graveola toured Europe in 2012, 2013 and 2014 visiting UK festivals such as Latitude and Secret Garden Party as well as others across Europe.