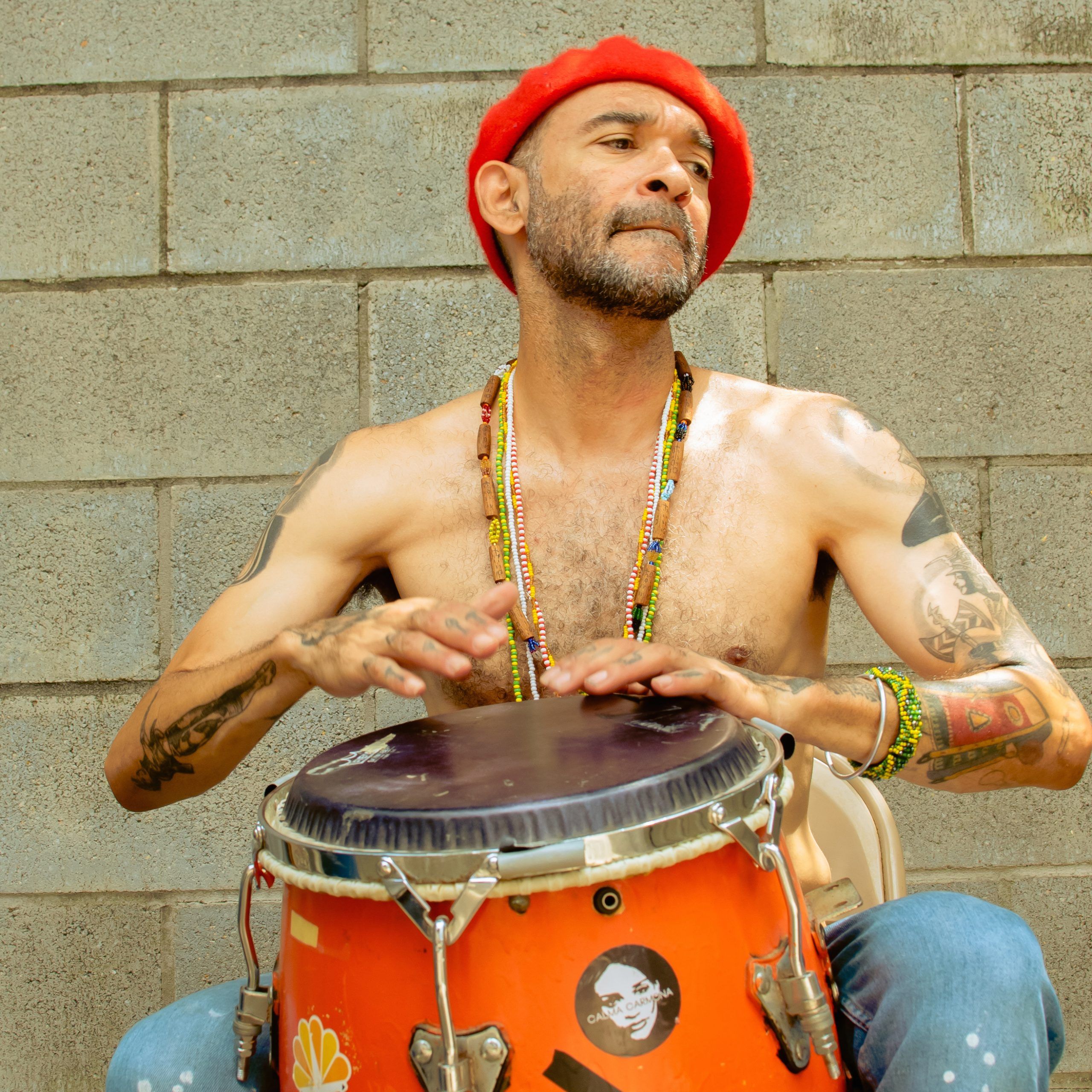 0000+0000, the second album from ÌFÉ (pronounced Eeeh-FAY), is a companion piece to the critically acclaimed 2017 debut album IIII+IIII (pronounced Edgy-Og-Bay).

Like it’s predecessor, the numbers and symbols of the album’s title, 0000+0000 (pronounced Yay-koon May-yee), form a prophetic sign from the Ifá religious practice, this time heralding the birth of night and a fearless embrace of death.

The artist Otura Mun—working under the conceptual alias of ÌFÉ—wrote, performed, and produced the entire album, with an array of special guest contributors, including: Lex, a gifted, emerging vocalist from the New Orleans underground; Robby The Lord, a dynamic performer from the Congolese Sapeur culture of Paris; and the soulful young Yoruban guitarist Saint Ezekiel. The London Lucumi Choir contributes vocals to the album’s final track, “Closing Prayer”, with storied New Orleans percussionist Bill Summers—of Herbie Hancock’s legendary Headhunters— joining Mun on drums for the album’s finale. In addition, Polish American singer Lavoski, a steady ÌFÉ collaborator, contributes vocals to the majority of album’s eleven songs. 0000+0000 was mixed in Austin, Texas by engineer Stuart Sikes. Known for his work with Cat Power, Jack White, and Loretta Lynn, Sikes functions as a crucial collaborator on the album, bringing his own unique analog warmth to the electronic landscape created by ÌFÉ. 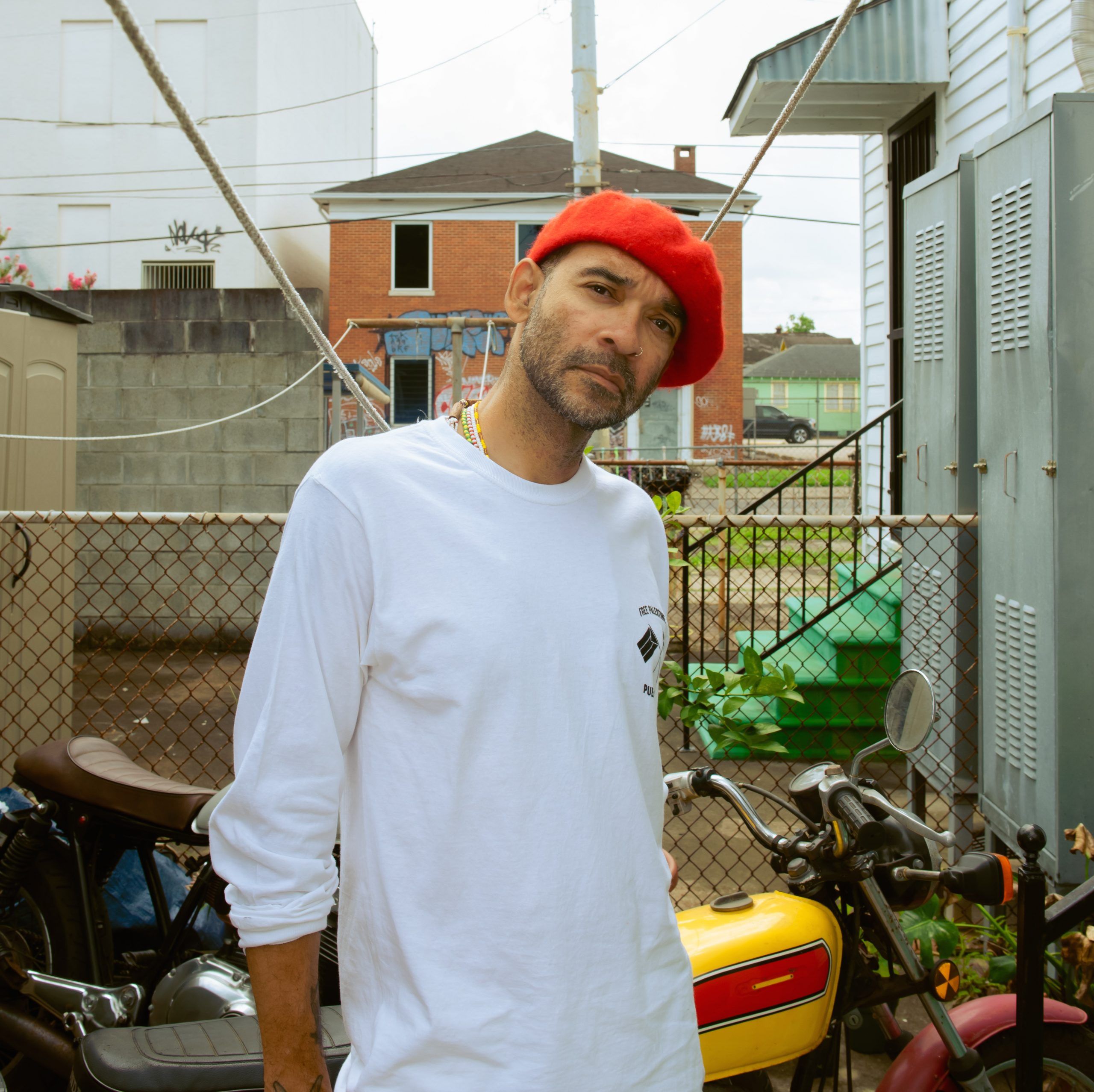 Otura Mun (pronounced Oh-too-rah Moon), a Bàbálawo, or high priest, initiated into Ifá in Cuba, sees his ongoing ÌFÉ project as an extension of his spiritual life, the Ifá and Orisha religious practices being the lens through which the music is conceptualized. ÌFÉ is also an extension of Mun’s lifelong study of African diasporic percussion, a pursuit that has taken him from collegiate drumlines through the same Dallas jazz and soul scene that birthed Erykah Badu to Puerto Rico, where, for 20 years, Mun studied under master drummers tied to the island’s rich Afro-Latin musical traditions. While living in Puerto Rico, Mun built up an extensive discography producing tracks and albums for singers and MC’s drawn from the island’s underground hip-hop and indie scenes. Out of this hyper-creative environment and cultural work, the concept and direction for ÌFÉ was born in Mun’s San Juan studio in 2015.

ÌFÉ moved to New Orleans in 2020, a change meant as a creative catalyst and for further musical study, but equally as a political decision, the African-American artist deliberately seeking to engage with a city rooted in Black American culture, community and history. 0000+0000, which began as early sketches in San Juan, was fully realized in New Orleans, becoming a necessary bridge for Mun between his past experiences and a new era, while still acting as a continuation of his efforts to connect dots within the African diaspora in the Western Hemisphere.