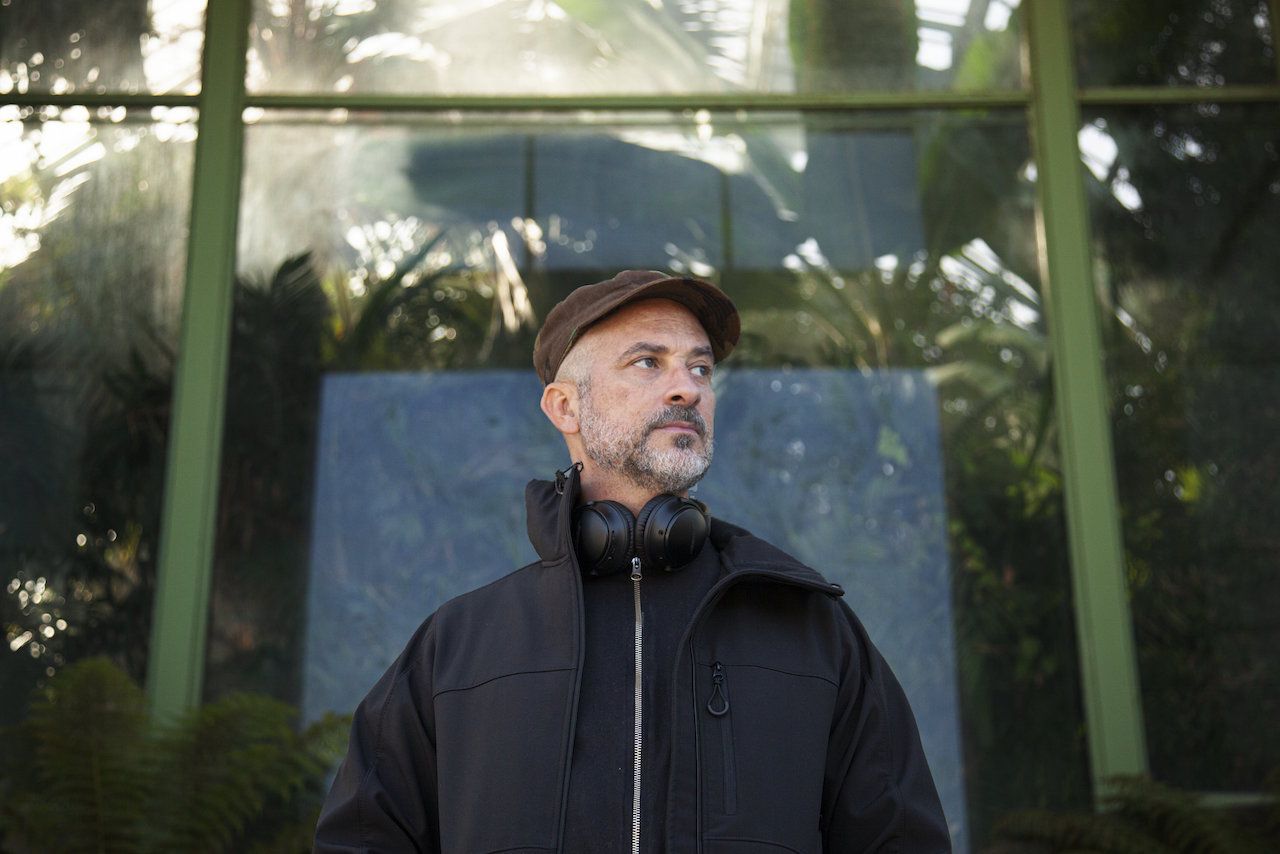 Lucas Santtana was born in Salvador to a mother who would buy him records from a young age: Beethoven, John Coltrane, Michael Jackson, Tom Zé. His father meanwhile, who worked for a Brazilian record label, took him to numerous concerts that would synthesise his love for music into a passion for playing.

Santtana’s previous records have all been based around a musical theme, drawing inspiration from various Brazilian underground scenes. ‘Eletro Ben Dodô’ (2000) was inspired by the black street musicians in Bahia, ‘Parada de Lucas’ (2003) was his interpretation of Rio’s baile funk, a ghetto sound borne out of Miami Bass. 2006’s ‘Three Sessions From A Greenhouse’ followed, using techniques used in recording and mixing dub music with other rhythms; samba, baile funk, afrobeat and rock.

His 2009 album ‘Sem Nostalgia’, the first to get an international release, tackled another style, the quintessential Brazilian marriage of guitar and vocals, though as the title suggests he did it without bending and scraping to the past. A remix album followed, featuring imaginative interpretations from the likes of Deerhoof’s John Dieterich, Burnt Friedman and JD Twitch.

Now, with ‘The God Who Devastates Also Cures’, Santtana has created an album of sumptuous variety and depth with at times a nod to Beck and Danger Mouse at their most grandiose – string parts swoon over slinking polyrhythms and puckish samples to create a sonic tableau at once fresh, vital and uniquely distinct. There is a hip hop flavour to the head-nodding brass instrumental ‘Vamos Andar Pela Cidade’, which recalls Hypnotic Brass Ensemble (a band Santtana admires), but then the track after it, ‘Now No One Has Anything’, sounds more like Chicago art-school guitarist David Grubbs. ‘The God Who…’ sees Santtana reach new heights of musical and lyrical storytelling.