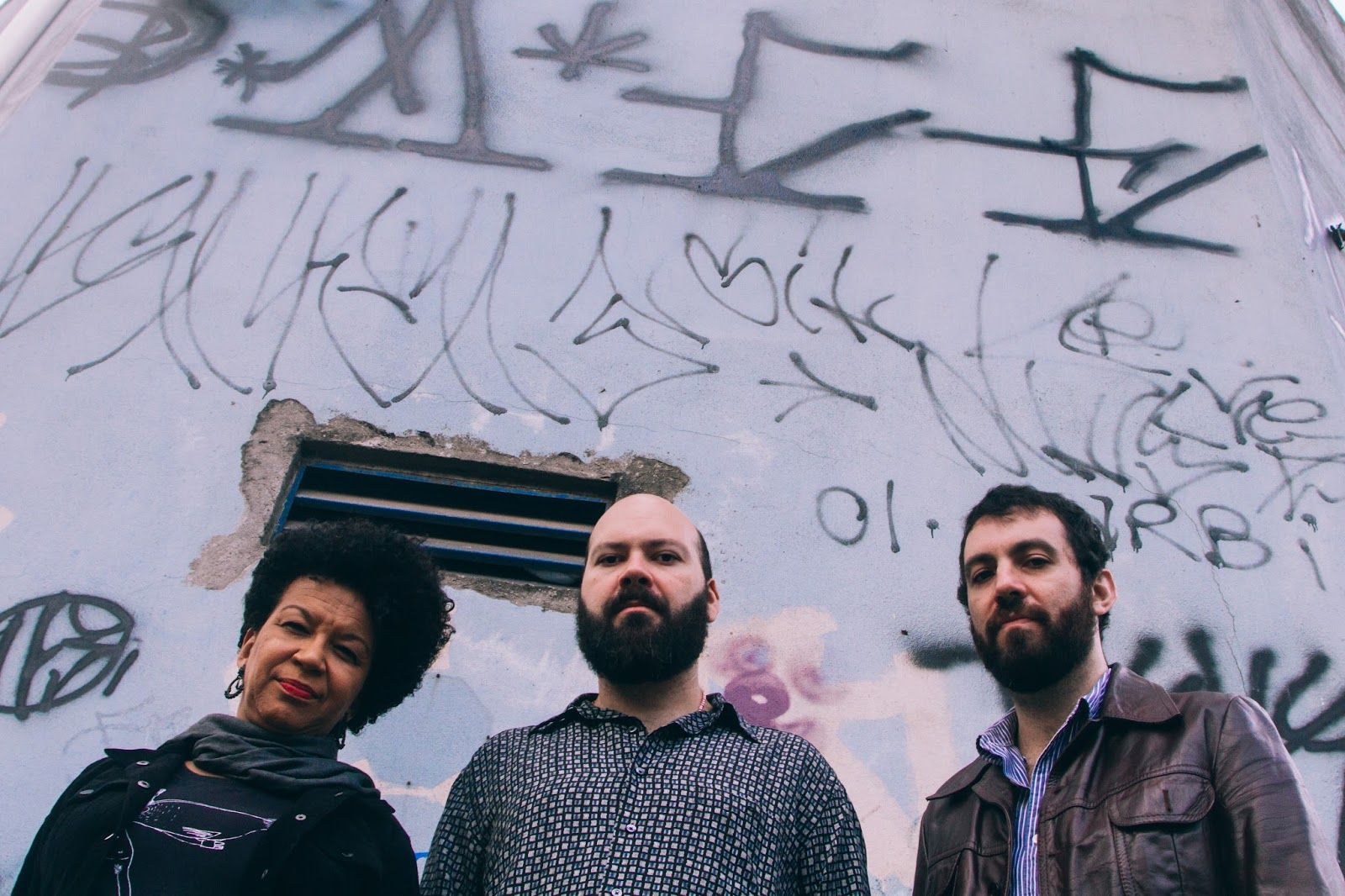 Over a squalling mess of improvised guitar and sax, a twisted, almost broken female vocal cries out to Exu, the gatekeeper of the Afro-Brazilian religion Candomblé. This is the ‘Afro-punk’ sound of Metá Metá – vocalist Juçara Marçal, saxophonist Thiago França and guitarist Kiko Dinucci – a trio of São Paulo’s most sought after musicians, struggling to survive the 21st century sonic schizophrenia of their home city São Paulo.

MetaL MetaL launches itself from the ancient chants of the orixás into a dirty brew of psychedelic samba, distorted jazz and Afro-punk. The band are all followers of candomblé yet Thiago is eager to point out that they are not using the orixás to preach certain beliefs but to provide a framework within which to tell their stories.

On MetaL MetaL they mix these spiritual and rhythmic foundations with influences ranging from Afrobeat to Afrosambas, punk rock to be-bop to create chaotic, life-affirming music that explodes with the rage of The Stooges and Sonic Youth, the spirituality of John Coltrane and Sun Ra and the wild, avant-garde instrumentation of contemporary experimental-psychedelic outfits such as Melt Yourself Down and Goat.