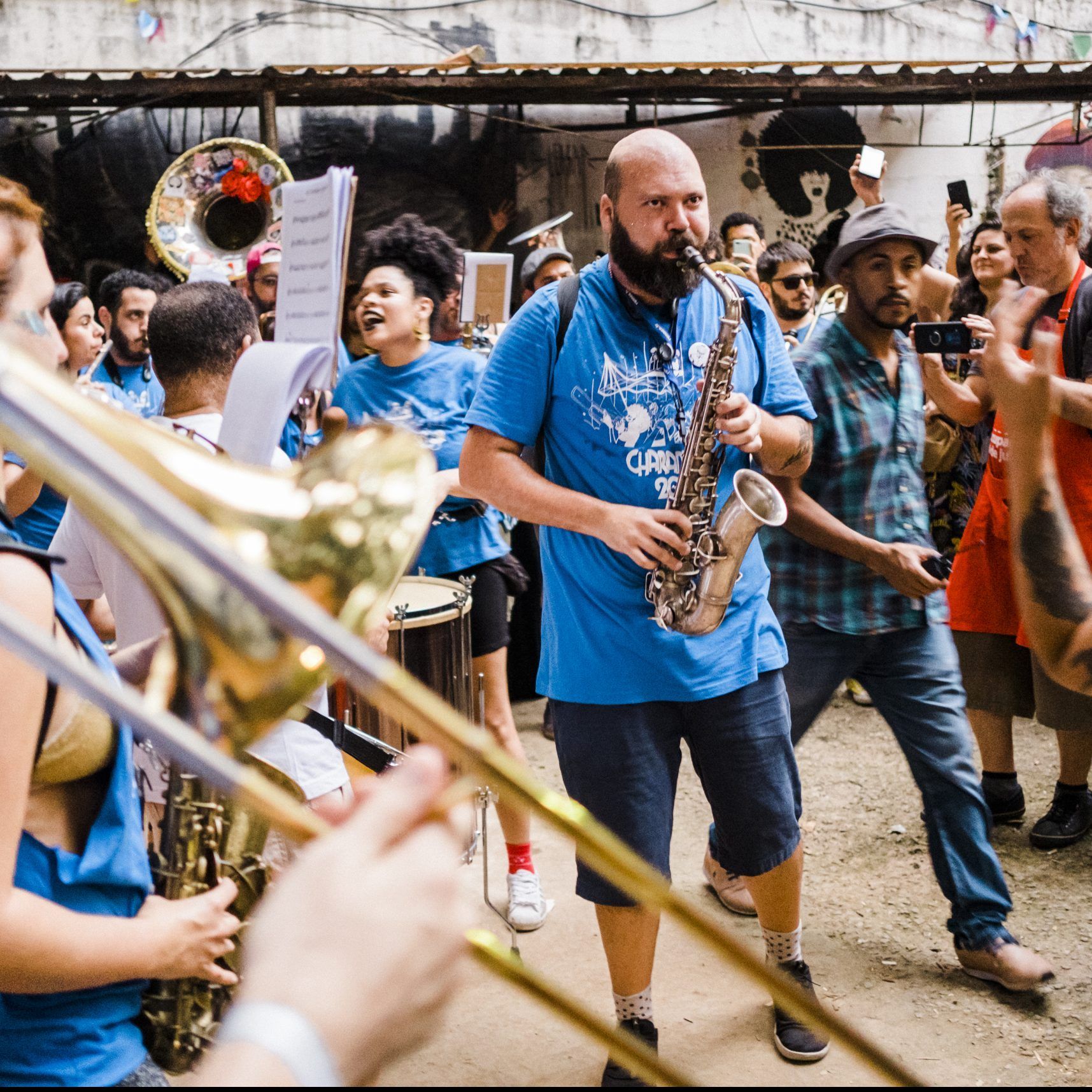 A Espetacular Charanga do França is a São Paulo-based carnival collective and brass band who combine retro horns with cumbia, baile funk, jazz, Michael Jackson and much more as demonstrated on The Importance of Being Espetacular a compilation of their signature songs collected together for their debut worldwide release.

The group is the brainchild of saxophonist Thiago França, best known as a founding member of Afro-punk explorers Metá Metá, and one of São Paulo’s most in-demand horn players, with credits on influential albums by Criolo, Elza Soares, Céu and Lucas Santtana.

França formed A Espetacular Charanga do França in 2013 as a political act, part of a recent movement that has seen the people of São Paulo reclaim their streets, turning their city into a revelation of Brazilian carnival. Though COVID-19 put a stop to them hitting the streets this year, previous years have seen them draw crowds of over 15,000 revellers making them an iconic staple of São Paulo’s revived carnival. In 2020 they made their way to carnival with over 60 brass players and 30 percussionists, declaring their bloco an anti-fascist zone, their reply to a political climate in Brazil that is suffocating human rights, culture and any hope for equality.

“I like to think that Charanga is an oasis in the middle of all the shit that we live, where you don't have to be worried about who you are, what are your preferences, whether you can be comfortable. If you want to parade with us wearing a tea towel you can, you won't be harassed. And it's also about music, it's about listening to music. We do this thing the whole year, we rehearse all year, so that people can just get crazy and not have to worry about the music.” Thiago França